The Recipe for an Elite Affiliate Team!!! 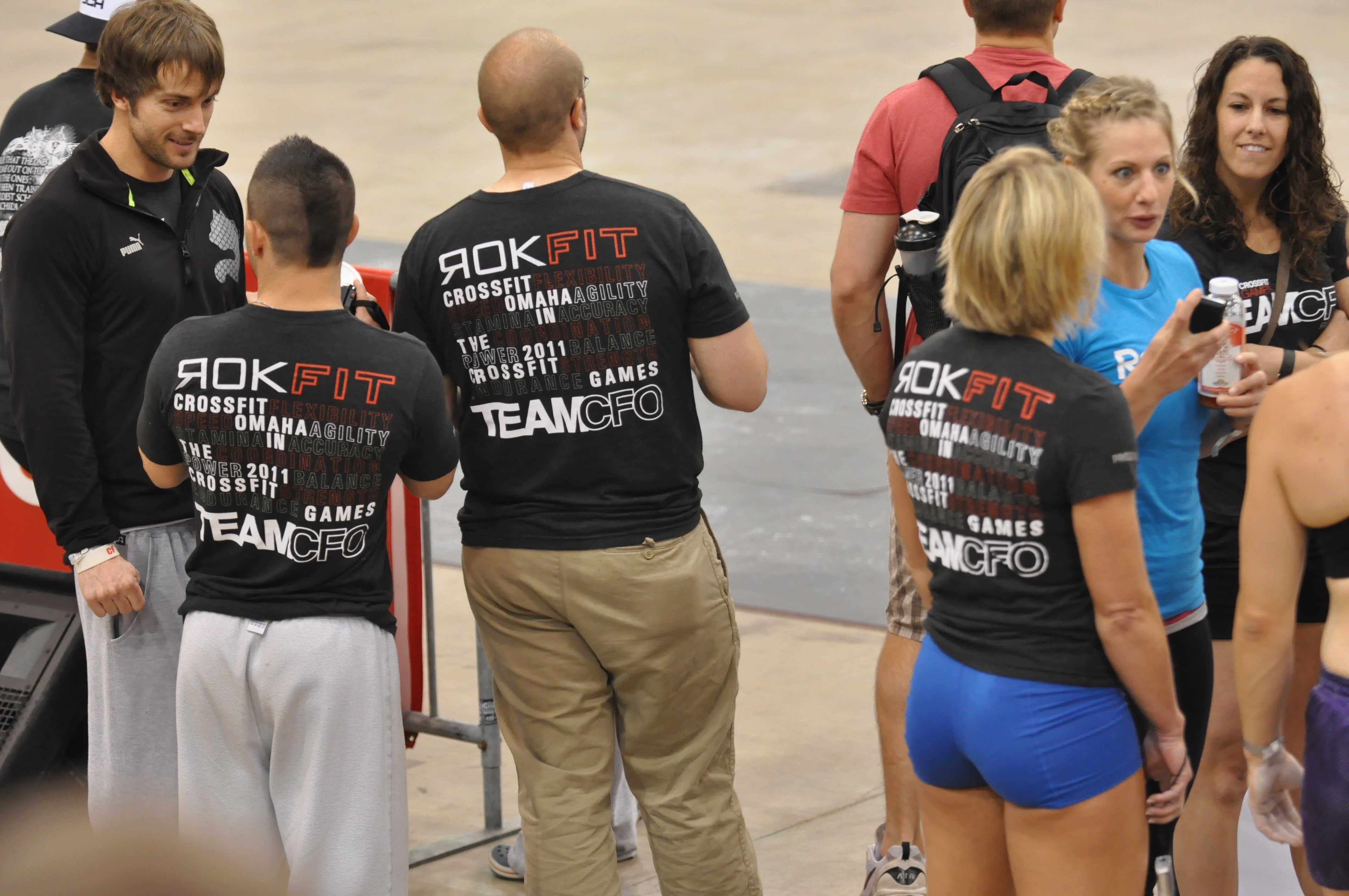 There really is no secret here. Sometimes, visit this site I like to think that I have an uncanny ability to foresee into the future with what workouts will reveal themselves at different points of qualifying but really, I just get lucky. Well, let’s not say lucky, let’s say well rounded programming. Other than that, it’s bringing together great athletes and building chemistry.

We have a great starting line-up with some really superb athletes that can jump in if they’re needed, which was the case at this year’s North Central Regional. One of our ladies, Libby, wanted to try for an individual spot and Kyle, who also competed on our affiliate team last year, got injured right before competition began. Because of this, we called upon two other workhorses to help us out and they did just that. All the way to a second place showing and a spot at this year’s Games.

Two years ago, the first year they held the affiliate competition, we sent a team out and they finished 6th out of 98 teams. Our guys barely missed making the final workout. Last year, we qualified a team in Denver for the 2010 Games and from that team, we had only on holdover, Addi Kahrs, who competed in Carson. The other 5, including me, competed individually at regional competition. At the Home Depot Center, we did very well in placing 3rd place behind CrossFit Fort Vancouver and CrossFit New England.

This year and last, a lot of emphasis was put into preparing for all levels of qualifying, especially regionally and for the finals. I am very savvy about what is going on with those involved. I keep my hand in everything including workouts, nutrition, recovery, and even injuries for all my athletes. I try to break down the season into three smaller seasons and train similar for all of them. We start out very broad and individually but as competition nears, we tend to shift our focus towards higher skill movements, higher rep workouts, and moving heavier weights with moderate volume. These foci tend to be very important to me. I’m not worried much about classic CrossFit workouts but more so about turning workouts into competition style workouts. Ones that test the three tenets of fitness as well as strategy. Each small season begins with fun workouts containing smaller amounts of volume and slowly progresses towards the suck. The suck is making sure each athlete encounters movements, rep schemes, and loads (heavy or light) they do not like being a part of on a regular basis. This ensures they are continually improving.

Another approach to training that I do differently is with our strength training. We do not 1RM much. In fact, I make it a point not to. We get close at times to 1RM loads but my philosophy is one of controlling and maintaining the nervous system. It’s a matter of athlete training age as well as chronological age. Kyle, Dustin, Libby, and myself have been in the weight room for the better part of most of our athletic careers including high school and college. We’ve squatted, cleaned, benched, you name it, for a long time so smarter programming in terms of periodization is important. Even though we still have room to grow when it comes to technique, I believe we are further along than most crossfitters and that has to come into play when designing the training template. I have some guys in the gym who are really good and have high potential but their training age is very low. They achieve new 1RM’s regularly due to increases in technique. Our current starting six has been together for a long time in one fashion or another. As a strength coach at the University of Nebraska at Omaha, Joe and I strength trained Dustin, Libby, and Kyle during their time there. As for Rebecca and Addi, they’ve grown into their own nicely. They’ve also been with CrossFit Omaha since its inception. That’s a lot of training years under our belts. One rep maxing on a regular basis would fry our systems and put us out of commission. Even a little time off due to stupidity could cost us a lot down the road. You can still get strong without one rep maxing. One rep maxing isn’t really developmental anyways, it’s displaying strength through technique. We spend more time with trying to develop speed, power, and strength through using specific loads and rep schemes instead of your normal 5-5-5-5-5 or 3-3-3-3-3-3-3 where there’s no light at the end of the tunnel. Which brings me to my next point.

Building athletes to compete at the highest level also includes teaching them about training and how to properly engage in it. I want them to learn how to use their lifting numbers. How to warm-up to working sets. How to actually train and not just workout. This is a big deal with me. I want people who want to learn. I am always scouting. My goal is to recruit and build depth by teaching others how to train for CrossFit the right way.

Finally, comes friendships and chemistry. We are going to spend a lot of time together and it isn’t always going to be peachy. I demand a lot out of people that may be paying to train and some may not be okay with that. I am on them about making workouts and calling them out when they’re not showing up. No hard feelings, none at all. It’s about taking it to the next level. You may have heard of a great saying that goes, “We must all suffer from one of two pains, the pain of discipline or the pain of regret.” I’m just trying to give them and our team the best shot to win it all. I think this is important.

As previously mentioned, there’s no secret to (well, maybe a few) developing an elite affiliate team, just a lot of hard but smart work with the right people. It’s about planning. It’s about peaking at the right time and not a second sooner, or later. It’s about having daily rituals and holding yourself and your athletes accountable to them. Individually, we are really good athletes, capable of bringing it on any day. But together, the only thing that can get in our way is ourselves. I try and breed that school of thought.

In closing, I would like to give a huge shout out to Jon Day and Shelley Buchholz for their contributions to getting this team to the Home Depot Center and the 2011 Reebok CrossFit Games. We couldn’t have done it without you two.